See what kitten owners said about our kittens. 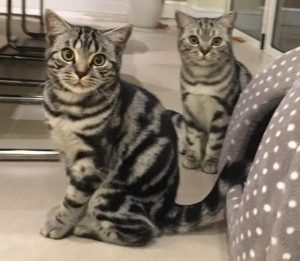 The 1st day in their new home: "They are all snuggled up in one of the boxes in their play tower. Been a long day for them! "

After 2 months,"The boys are growing up fast. Lottie [labrador dog] has been great and after initial hissing they are happy in each other's company.

They both love cuddles especially with our daughter. They lie on their backs to have their tummies tickled - just like dogs!"

At 8 months old: "The boys are always playing together and have a wonderful temperament" 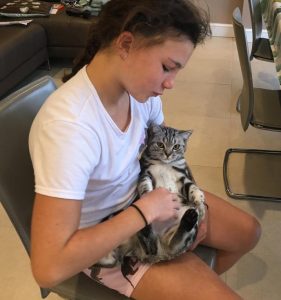 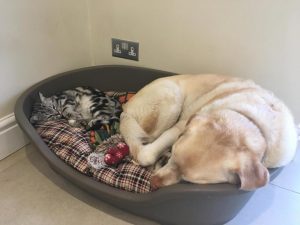 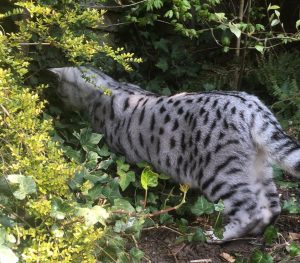 Metallicat Silver Sylvanus, aka Henry, lives with Grant, Clare and family in Essex.

The 1st day in his new home, " Henry has settled very well this afternoon...he wants to play all the time. He's eaten well and bouncing around again now!!"

After 1 day,"Henry is settling in really well. Very sociable and loves a ball-game!!"

After 4 days: "Henry is settling in with the family really well. A very confident and sociable chap – he’s not afraid to say his piece when he wants to do so (meows quite often to get attention!)

He’s taken to avoiding our planned sleeping arrangements for him and instead settles himself on the end of our bed at night. Henry is eating very well, plays a lot and adores the kids – especially when they play with him!"

After 2 weeks: "Henry doing really well! Made himself at home. We're still taking it slowly with our other cat, Saffy - she's a bit calmer now. Going to let the 2 cats see each other through mesh at the weekend. For now it's still through the glass door. Saffy looks a bit put out - less so now but has her moments making herself look 'big'."

At 8 months old: "Henry has such a fantastic personality." 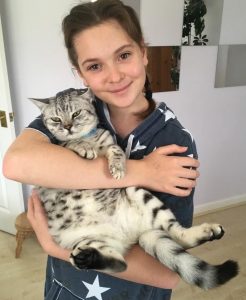 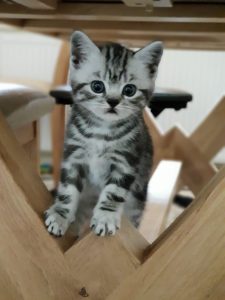 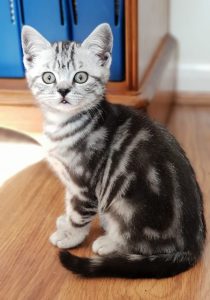 After 1 day: "Satchmo has really settled in well. After meowing the entire 25 min ]journey to our flat, he sprung straight out of his car carrier as soon as the door was open. He has explored our flat gradually room by roomloving his reflection in the mirrors.

The climbing tree has been a great hit and he loves his little built in bed and even scratched on the post too!! He has eaten two big meals, dinner and breakfast."

After 3 months: "Satchmo is doing really well and is completely settled. He has grown so fast! He is sich a chilled little character and still really inquisative too."

At 1 year old : "Satchmo is quite a character. He has been a dream. Thank you so much. " 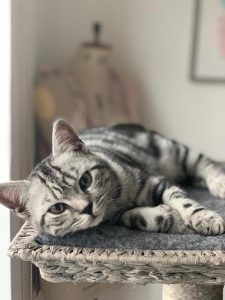 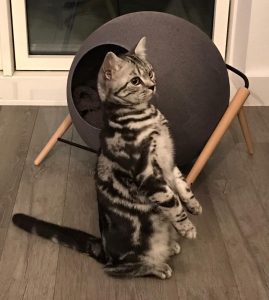 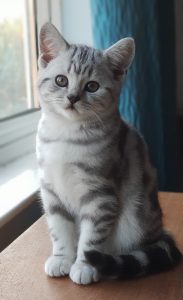 After 3 days: "Nala is still settling in well. She is such great company and so friendly.
She has now been regularly drinking her water and is enjoying her Purrform food you said she liked."

After 3 weeks:"She has settled in really well and is very friendly. She is very good and into everything."

At 7 half months: "She is doing fine and is very friendly and adventurous. she is loving but not in a sit on your lap way, but more in respect to sitting close, purring every time you interact with her and she loves being around people."

At 10 months, "She is gorgeous and I have to confess very spoilt.
She is still very playful, loves lots of attention and adores being out in the garden since the Protect a Pet fencing went up." 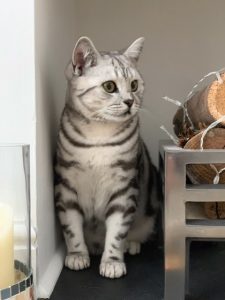